Litchfield husband and father Jeff Avitabile sits in a pew at St. Mark the Evangelist Church in Londonderry where he was found weeping alone 20 years ago after discovering his first wife had died by suicide. The Men of St. Joseph "had his back" on the difficult journey forward, providing strength, inspiration and keeping him grounded in his faith. Many of them are shown here still standing at Jeff's back.

Men are in terrible condition and need help.” These are the words Father Marc Montminy says St. Joseph spoke to him nearly 30 years ago when he was the new pastor at Ste. Marie Parish in Manchester. Father Marc had a special devotion to St. Joseph and, after opening a retreat house in his name at the parish, he promised the saint he would make an annual pilgrimage to the Oratory of St. Joseph in Montreal to seek his help and guidance in sustaining St. Joseph House.

By 1993, Father Marc began discussions with Father John Grace, who then served in the diocese’s Office of Spiritual Renewal, and others to pursue a vision for a new movement that would become known as Men of Saint Joseph (MoSJ). By 1995, MoSJ was an official ministry of the Manchester diocese for whom St. Joseph is the patron. Since then, MoSJ has touched and help transform the lives of hundreds of Catholic men in New Hampshire, and continues to grow and attract men of all ages and from all walks of life.

Want to read about Jeff's story and the Men of St. Joseph profiled in this article? Please click here to learn how you and your parish can receive Parable. 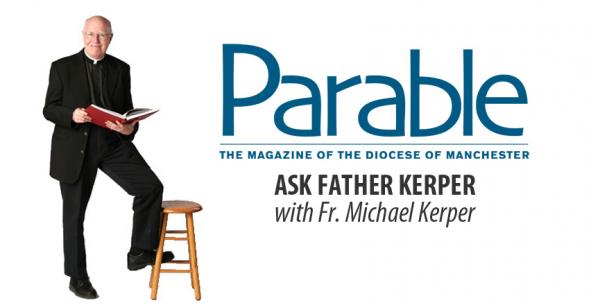 Dear Father Kerper: Long ago, my 27-year-old son died by what appeared to be suicide. I still grieve for him and always wonder what actually happened. I am a faithful Catholic and raised my son in the faith. Are there examples of suicide in the Bible that would help me understand what happens?

Every Catholic priest encounters two great mysteries: baptizing a newborn child, especially one who dies within seconds of pouring the water; and praying over a person who died by suicide.

During the last 35 years, I have done both. These events move me deeply; they also remind me that no words ever provide a satisfying explanation.

For sure, the Church has very clear words. As to babies who die after baptism, the Church firmly assures us that they have become saints. Regarding suicide, the Church teaches that suicide violates the Fifth Commandment: Thou shalt not kill. Period.

These teachings, though true and long-standing, evade the painful mystery of both events.

Want to read more of Father Kerper's response?  Please click here to learn how you and your parish can receive Parable. Dr. Marie Metoyer: A Remarkable Life of Faith and Healing

Dr. Marie Metoyer’s gentle smile complements her soft-spoken voice. She is careful and measured with her words, as with her steps. Now 94, she moves with the help of a walker as she gestures around her rooms at the paintings and books that line the walls. On this particular day, she’s looking forward to attending an evening performance of South Pacific in the common area downstairs. To the casual observer, she could be someone’s kindly grandmother. She is that. But there is more, much more, behind those gentle eyes. Marie is a woman who has upheld the twin pillars of her life – healing and faith – ever since she was given the example by her mother, who won the Presidential Medal of Freedom in 1964 for championing those same values.

Consider that Marie was the first African-American female psychiatrist in New Hampshire. She specialized in community psychiatry, sat on countless boards and committees dedicated to women’s rights, black scholarship, fine arts and history. She won the 2008 Martin Luther King Award for promoting racial equality among cultural groups, and was honored by U.S. Sen. Jeanne Shaheen in 2012 for service to the people of New Hampshire. She had five children with her artist husband, Victor, and most recently, she became a lay Mercy Associate with the Northeast Community of the Sisters of Mercy.

Want to read more about Dr. Metoyer 's story profiled in this article? Please click here to learn how you and your parish can receive Parable. 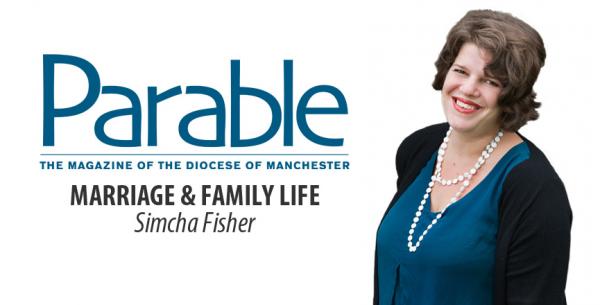 A rabbi, an imam and an Anglican priest walked into a room. It sounds like the beginning of a joke, but it was really the beginning of an annual interfaith meal, where the three discovered they had a problem in common: They were losing kids to sports. Kids in their congregations had no time for their faith, because their schedules were devoured with mandatory athletic practices, games and travel.

None of these three religious leaders are opposed to athletics. Like most parents, they know that sports can teach persistence, dedication, discipline and teamwork, and it’s so much better for kids than lying around playing games on their phones, or worse. Sports provide a safe environment for kids to push themselves, try new things and learn resilience. Athletic ability is a genuine God-given gift, and it’s a good thing to develop it.

But what begins as a healthy, character-building activity can quickly become all consuming. Even very young athletes find their weekday afternoons and evenings devoured by practices and drills, and weekends by travel and tournaments, leaving no time for unstructured leisure, let alone faith formation or family prayer time. There may be games on both Saturday night and Sunday morning, so Catholic kids can’t even catch a vigil Mass.

Like what you see? Please click here to learn how you and your parish can receive Parable.

Other Columns in the Current Issue 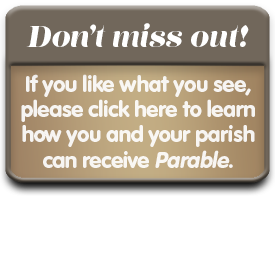