Responding to the Call 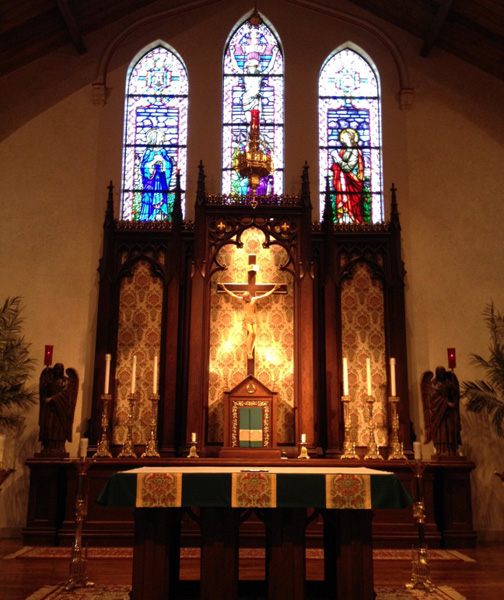 God calls each of us to serve in some way. As a married man, I knew I was called to serve as a husband and father first, but fifteen years ago I felt the Lord was calling me to serve as a permanent deacon. At first the call was very strong, but with a young family I wasn’t ready. Then, ten years later—after years of prayer and discernment— I responded to the invitation to apply for permanent deacon formation. Two very different incidents framed my application process and revealed much to me about God’s call to service.

The first occurred the day after I submitted my application to be considered for formation. I was serving as Master of Ceremony at the vigil Mass. Suddenly, as I began to lead the procession with the Cross, a feeling of unworthiness overwhelmed me. As I approached the steps of the sanctuary, I thought, Who am I to put myself forward for such service? What do I have to offer compared to so many worthy men out there? Later, after much prayer and reflection, I realized that God doesn’t call us because we are worthy. He calls us to service because he loves us and knows what we are capable of.

The second incident occurred six months later, when an envelope from the bishop came in the mail. My wife and I knew what was inside—a letter to inform us whether or not I had been accepted as an aspirant to the permanent diaconate. We didn’t immediately open the letter but instead proceeded to the Precious Blood Monastery where we had spent much time in prayer before the tabernacle during the application process. We knelt before the statue of our Lord bearing the wounds of his Passion, opened the envelope, and wept at the words informing me I had been accepted into formation. We wept not only for joy at the culmination of a long process but also with awe at God’s love and guidance for us and for our family throughout the year.

The two different but powerful experiences exemplify that God’s call to service can be both challenging and rewarding, and one cannot foresee what those challenges and rewards will be. However, through prayer and discernment, especially in the presence of the Blessed Sacrament, in his love God will guide us all in His call to service.