The Solemnity of Corpus Christi 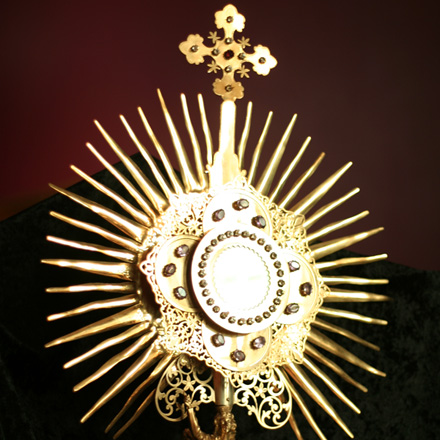 As I reflected on the Solemnity of Corpus Christi a few weeks ago, I found myself drawn to Melchizedek, and headed out onto the Internet to see what I could learn about this mysterious character in the Bible. I came across a posting on EWTN’s website, titled The Eucharist as the Meal of Melchizedek, from a talk by Scott Hahn, PhD, which I highly encourage you to read. In Dr. Hahn’s talk, he begins by recalling a priest named Melchizedek, who blesses Abraham. But who is Melchizedek and what does he have to do with the Eucharist?

We learn from Genesis that Melchizedek’s name means righteousness and that he is a high priest and the King of Salem. Salem in Hebrew means peace, so we have a righteous high priest who is the king of peace offering a sacrifice of bread and wine to Abraham. Melchizedek establishes a tradition, a lineage, of father son priesthood that begins with Abraham. From then on fathers were high priests and their firstborn sons were priests under their authority. Hence we see a pattern of father-son family priesthood with bread and wine as the sacrificial offering of the high priest. This order and relationship changed when Israel broke their Covenant with God and worshipped the golden calf.

Christ like Melchizedek, the righteous high priest and king of peace, offers a sacrifice of bread and wine, but instead of simply offering the sacrifice, he becomes the sacrifice, the offering, the altar and the oblation all in one for the purposes of bringing us back to the original and intended order. In the Eucharist, Christ, the firstborn Son of God, redeems us and brings us back into the right relationship with God the Father. Taking this a step further, this now becomes the relationship between Christ and each of us. That same relationship exhibits itself in the Mass, with the ordained priest acting in the place of Christ, in persona Christi, our High Priest, and we who have been baptized in Christ are the priests under his authority. The sacrificial meal offered between Christ and us is not just the bread and wine, but His Body and Blood.

When we say that Christ is a sacrifice and an oblation, we are professing that as a sacrifice, Christ has cleansed us and redeemed us from our sins and as an oblation he has offered himself permanently to the Father as our mediator and intercessor. Because Christ is an oblation, we don’t see the Mass as a sacrifice that happens over and over again, we see the Mass as a memorial, a living and timeless sacrifice that happens once and for all but exists throughout all of time. We enter into this living event each and every time we celebrate the Mass. Most importantly, we profess that Christ is now in the sanctuary of God the Father, permanently offering himself for all of us, as the mediator of our sins and our intercessor to the Father, for no one can come to the Father without knowing the Son.

The Eucharist as the Meal of Melchizedek is abridged from Scott Hahn’s audio and video tape presentation, “Eucharist: Holy Meal” as it appears in the “Catholic Adult Education on Video Program” with Scott and Kimberly Hahn.

This blog post was contributed by Steven Veneman, Parish of the Resurrection, Nashua, NH