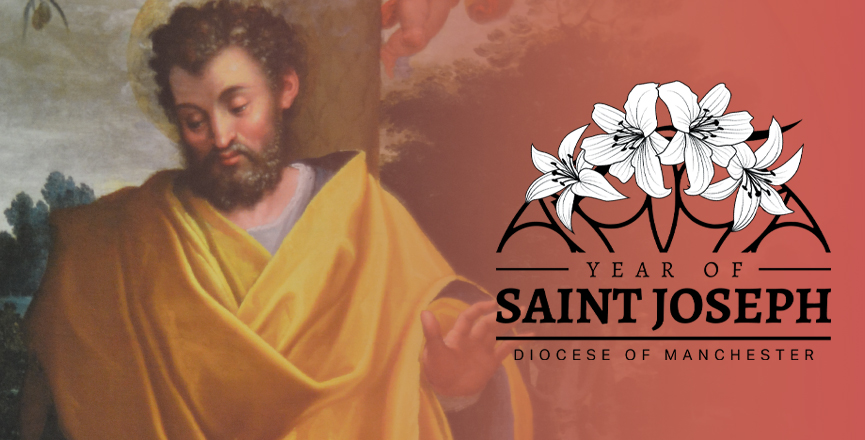 On December 8, 2020, Pope Francis proclaimed a special “Year of Saint Joseph,” extending to the Solemnity of the Immaculate Conception on December 8, 2021. In a new Apostolic Letter entitled Patris Corde (“With a Father’s Heart”), Pope Francis marks the 150th anniversary of Blessed Pope Pius IX’s declaration of Saint Joseph as a Patron of the Universal Church, describing him as a model father and a support and guide for troubled times.

Read the Vatican News announcement of the Year of Saint Joseph

Resources for Celebrating the Year of St. Joseph

Bulletin Insert - What is a plenary indulgence? - Color | Black & White

Pope Francis marked the beginning of a Year of St. Joseph (December 8, 2020 – December 8, 2021) with an Apostolic Letter, Patris Corde. This document contains additional resources suitable for individual or group reflection.

Corporal and Spiritual Works of Mercy

The Corporal and Spiritual Works of Mercy were recommended as ways to witness to and make tangible the merciful love of God. These concrete expressions of mercy are deeply embedded in the history and tradition of the Church. They were practiced exquisitely by the saints who walked in the footsteps of Christ in the reality of the world into which they were born and lived.

CLICK HERE to learn about the Corporal and Spiritual Works of Mercy and download a resource for use in faith formation in the home, parish or Catholic School

Near the end of his Apostolic Letter, Pope Francis asks the faithful to pray the following:

Hail, Guardian of the Redeemer,
Spouse of the Blessed Virgin Mary.
To you God entrusted his only Son;
in you Mary placed her trust;
with you Christ became man.

Blessed Joseph, to us too,
show yourself a father
and guide us in the path of life.
Obtain for us grace, mercy, and courage,
and defend us from every evil. Amen.