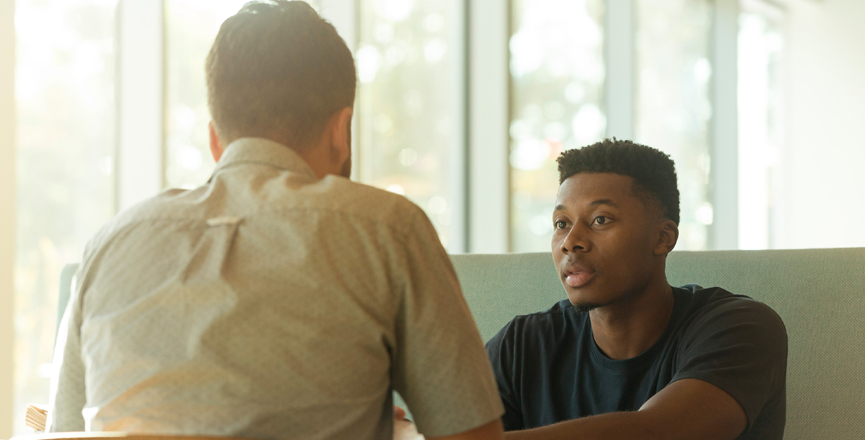 The “How” of the Mission

The Acts of the Apostles has a prominent place in the liturgies of the Easter Season. Acts tells the saga of how, in the wake of the Resurrection, the good news was brought from Jerusalem to Rome. The conspicuous place this book holds in our Easter liturgies highlights a cornerstone of the faith: that once a person has come to believe in the Risen Jesus, it is mission that is the response.

One of the important moments in this saga was Paul’s appearance before the elders of Athens in the Areopagus, as described in Chapter 17 of Acts. To set the stage, Paul has been talking about Jesus in the Jewish synagogues and the Greek (that is, pagan) marketplaces in the city. Remember that Athens was the cultural hub of the Mediterranean world and the center of philosophical thought. The Greek gods were many and varied, and temples and shrines to these gods were everywhere you looked (the Parthenon was one of those temples, dedicated to the goddess Athena, after whom the city was named). In this setting, Paul begins to speak. (Before reading any further here, take a look at pp. 35 -36 of our e-Book to see just what Paul said.)

Paul’s proclamation in the Areopagus furnishes some important lessons for us in how we too should be carrying out our mission in the public square – our own Athens, so to speak.

First: When in Athens, speak Greek.

Perhaps this is obvious, but when Paul addressed the Athenians, he spoke in Greek, not Aramaic or Hebrew. And it is not simply that Paul used the Greek language. Paul’s jumping off point in his discussion about Jesus Christ was not the Hebrew Scriptures (which would have been almost entirely unfamiliar to the Athenians), but rather the Greeks’ own religious beliefs, in particular their worship of “an unknown god.”

In other words, Paul did not demand that the Athenians listen to him on his own terms, but rather he “translated” the Christian message into words and examples that the Athenians would be able to grasp in their own cultural universe. This should prompt us, in our discussions in the public square, to frame what we say in terms that listeners can understand and make their own. We cannot expect to convince anyone of anything if the reason we give is simply “because we say so”, or “because the Church says so”. We need to be able to explain ourselves in ways that are understandable and that connect with the real-life experiences of the people that we encounter.

Second: When in Athens, have courage.

It is possible that Paul’s appearance in the Areopagus was more in the nature of a defense against a criminal charge than a mere sermon. The accusation that Paul was a “promoter of foreign deities” was very similar to one of the charges that (as all present that day would well have known) had resulted in the death of the philosopher Socrates in Athens 400 years earlier. Even if Paul was there voluntarily, we can well imagine how difficult it was to stand in that place and challenge the religious underpinnings of all that the people in attendance held dear.

In our day, the Church’s witness still is often counter-cultural. Obviously, there is no political party that has a platform which is consistent in every way with what the Catholic Church teaches. And it might be said that our culture still has many gods – celebrity, power, wealth, and so on – which are far removed from the humility and love embodied in the life of Jesus Christ. As was the case with Paul, our desire to serve the society at large may demand a certain amount of courage at times, but we can be sure that the strength of our desire to serve will bring with it all else that is required.

Third: When in Athens, be respectful to the Athenians.

Notice also that Paul treats the Athenians with respect. Even though Athenian religious beliefs were completely contrary to Paul’s Christian faith - many gods and idols, versus the one God of Israel – Paul starts off his speech with a compliment to the religiousness of the Athenians.

Compare this to what we frequently see in the nature of political discourse in our country today, which not rarely is conducted in a coarse and adversarial manner. This type of political engagement is absolutely out of bounds for the Christian, for two reasons.

First, is this how a Christian acts? As Paul told the Colossians, we are to put on “heartfelt compassion, kindness, humility, gentleness, and patience, bearing with one another and forgiving one another.” Col 3:12-13. It is by living in line with Paul’s urging that we will be what Pope Francis calls “credible witnesses” to the gospel. Our work in the public square requires us to have empathy for where other people are coming from. Respectful dialogue, not argumentative harangue, is the mode of communication for us. What will people think of the Christian message if we act in any other way?

Second, from a purely practical perspective, is hostility a good way to persuade someone? If something would offend or insult us, then we can be pretty certain that it will offend or repulse others as well. This is why the path of respectful dialogue is not just the sole way that a Christian can approach an issue in the public square; it is the only method that can reasonably be expected to work at all.

So how do we carry out the mission? We will always remain on the right path if we keep before our eyes the example of the Lord Jesus. The mission in the public square is about loving service. If we find ourselves tempted to be angry about what someone else is thinking or saying, just remember that you cannot point a finger in someone’s face if you are busy washing their feet.

Consider the excerpts in Chapter 4 of our e-Book.

Eternal Father, thank you for our faith and for the gift of reason. We ask you to send forth your Spirit and to fill us with love, courage, and humility, so that we can serve you in our society by being credible witnesses to the power of the Gospel. Through respectful and compassionate dialogue, may we be able to meet people where they are at and let them know of the truth of your enduring love for the world. We ask this through Jesus Christ, our risen Lord. Amen.

Since we are thinking this week about the “how” of the mission, this is a good opportunity for us to spend some time in self-reflection. How do we interact with others when we are talking about political issues? How do we tend to respond to others in these contentious times? Do we make the effort to listen and to engage in respectful dialogue?