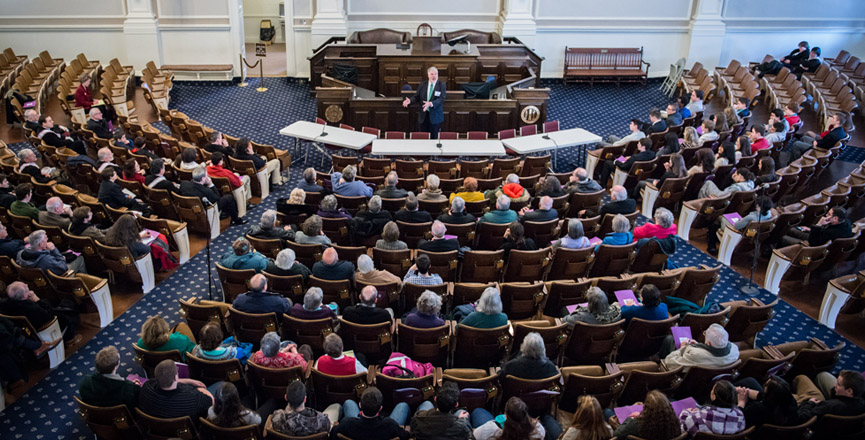 The “Why” of the Mission

It is a rather remarkable thing that the Church turns to the Gospel of John for the Liturgy of the Word during the Mass of the Lord’s Supper on Holy Thursday. Of the Last Supper accounts in all four gospels, John’s is the only one that does not include a description of Jesus’ institution of the Eucharist. Instead, John narrates how Jesus, during the supper, washed the feet of his disciples. The narrative concludes with an enduring mandate from Jesus to his disciples: “If I, the master and teacher, have washed your feet, you ought to wash one another’s feet. I have given you a model to follow, so that as I have done for you, you should also do.” (Jn 13:15)

The Liturgy of the Eucharist that begins in short order after this reading adds a layer of emphasis. The directives in the Roman Missal call for this part of the Mass to open with a procession of the faithful with gifts for the poor, to be accompanied by the singing of a designated hymn: “Wherever there are charity and love, there is God.”

These dots are easy enough to connect. We have no problem seeing how we are carrying out the Lord’s command of charity and love when we give money or food to the poor. What may be less readily apparent, though, is that this commandment also calls us to service in the public square.

To be sure, on the surface there probably aren’t many things that we’d think of as being more widely separated than politics and charity. Yet, the Church asks us to see that they are intimately linked. As Pope Francis frequently says, “politics is one of the highest forms of charity because it seeks the common good.”

This insight may at first seem counter-intuitive, because we often see politics as a hyper-partisan enterprise that has self-interest or the maintenance of power as its primary goals. But if you want some support for Pope Francis’ position, look no further than our own founding fathers. John Adams described the body politic as a social compact “that all shall be governed by certain laws for the common good.” The very first article of the New Hampshire Constitution declares that government “is instituted for the general good.” The US Constitution, of course, begins with the word “We.” So this notion that political engagement ultimately is designed for the purpose of serving others is something that we have inherited from both the religious and the secular sides of the family, so to speak. As Catholic Americans, it is doubly in our wheelhouse.

People of faith have invaluable perspectives to share in the political arena: that faith and reason go hand-in-hand; that human beings possess inalienable dignity; that there is a special obligation to stand up for those who are poor or powerless. Pope Emeritus Benedict said that “religion is a vital contributor to the national conversation”, and it is no accident that two of the most important movements in the history of our own nation–the campaign to abolish slavery and the crusade for civil rights–grew out of and were sustained by the religious faith of the people who led and populated those movements. These examples show just what sort of a difference we can make if we follow this same path of loving and humble service.

And that is why we – the ones that Jesus was speaking to that night - have a job to do. Don’t think of it as politics; think of it as just one more way to wash some feet.

Reflect on the excerpts that are found in Chapter 3 of our e-Book.

Almighty Father, we ask you to purify our hearts so that we may constantly serve you and our brothers and sisters in need. Send forth your Spirit and grant us the grace of fortitude that we may persevere in these efforts. May we never allow our own pride and selfishness to impede your work, and may the way that we live our lives make us true witnesses of your love to everyone we meet. We ask this through Christ our Lord. Amen.

Visit catholicnh.org/public-issues and see the sorts of things that the Diocese of Manchester has been working on in Concord over the past several months and years.