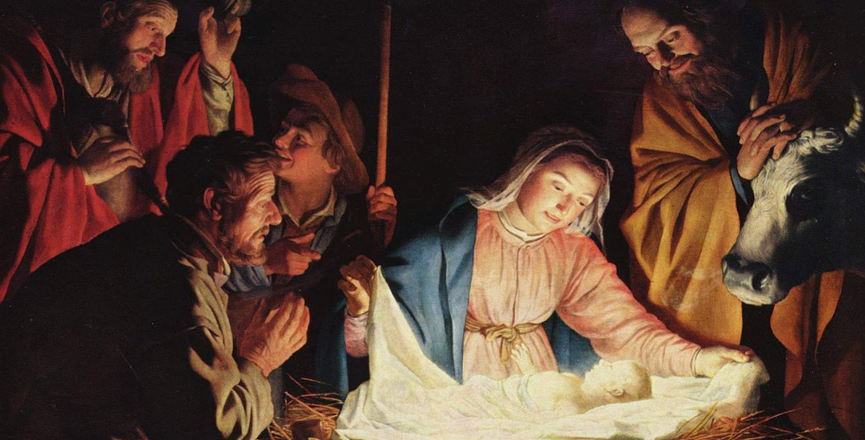 We celebrate the richness of God’s infinite love in the Solemnities of: the Nativity of the Lord; Mary, the Holy Mother of God; and the Epiphany of the Lord. The radiant light of a star guides shepherds and wise men away from their ordinary tasks and into the mystery of God’s love incarnate. The scene is simple and serene, a clear reflection of what is possible when God’s initiative is responded to with the fidelity, selflessness and openness that Mary and Joseph model. The feasts assure us that we, too, are being guided into the mystery of God’s love. They beckon us to deeper trust, fidelity and openness to God’s initiative in our lives.

Gospel verses for prayer and reflection:

December 25: The Nativity of the Lord

“Now there were shepherds in that region, living in the fields, and keeping the night watch over their flock. The angel of the Lord appeared to them and the glory of the Lord shone around them, and they were struck with great fear. The angel said to them, ‘Do not be afraid.’” (Luke 2: 8-10a)

“The shepherds went in haste to Bethlehem and found Mary and Joseph and the infant lying in the manger.” (Luke 2: 16)

“Mary kept all these things reflecting on them in her heart.” (Luke 2:19)

January 6: The Epiphany of the Lord

“When Jesus was born in Bethlehem of Judea, in the days of King Herod, behold, magi from the east arrived in Jerusalem saying, ‘Where is the king of the Jews? We saw his star at its rising and have come to do him homage.” (Matthew 2: 1-3)

“And behold, the star they had seen at its rising preceded them, until it came and stopped over the place where the child was. They were overjoyed at seeing the star, and on entering the house they saw the child with Mary his mother.” (Matthew 2 8-11) 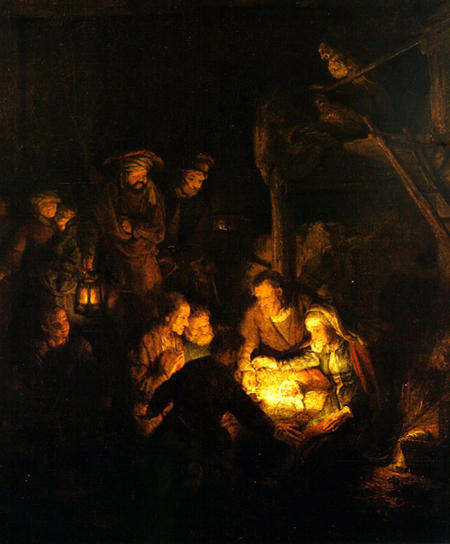 Adoration of the Shepherds, Rembrandt

Place yourself in the painting, Adoration of the Shepherds, and reflect on the following:

Where are you in the group?

Are you standing, kneeling, sitting? Why?

What difference does the Incarnation make in your life? 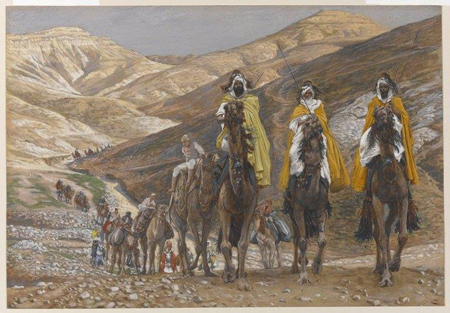 Look at the painting, The Magi Journeying, and imagine some of the possible conditions the magi experienced on their journey.

How would you respond to the various conditions of the journey?

Which conditions would be challenging for you?

How would finding the child and His mother at the end of the journey make a difference in you? 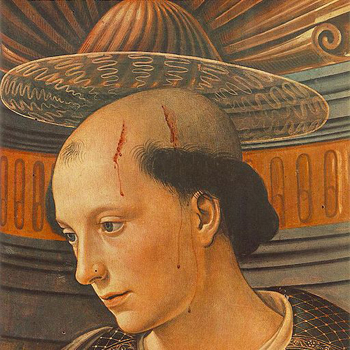 Acts of the Apostles says that Stephen was a man filled with grace and power, who worked great wonders among the people. Certain Jews, members of the Synagogue of Roman Freedmen, debated with Stephen, but proved no match for the wisdom and spirit with which he spoke. They persuaded others to make the charge of blasphemy against him. He was seized and carried before the Sanhedrin. Read more about St. Stephen 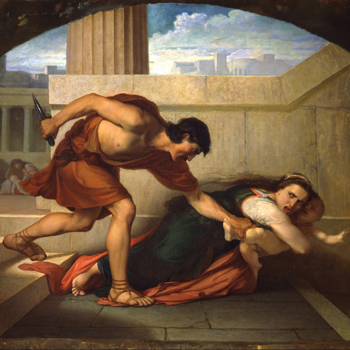 Image: The Massacre of the Innocents | Angelo Visconti

Herod “the Great,” king of Judea, was unpopular with his people because of his connections with the Romans and his religious indifference. Hence he was insecure and fearful of any threat to his throne. He was a master politician and a tyrant capable of extreme brutality. He killed his wife, his brother, and his sister’s two husbands, to name only a few. Read more about the Holy Innocents. 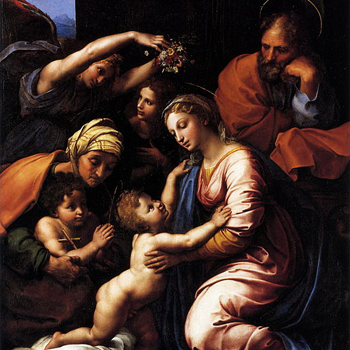 The devotion to the Holy Family was born in Bethlehem, together with the Baby Jesus. The shepherds went to adore the Child and, at the same time, they gave honor to His family. Later, in a similar way, the three wise men came from the East to adore and give honor to the newborn King with gifts of gold, frankincense, and myrrh that would be safeguarded by His family. Read more about The Holy Family of Jesus, Mary and Joseph 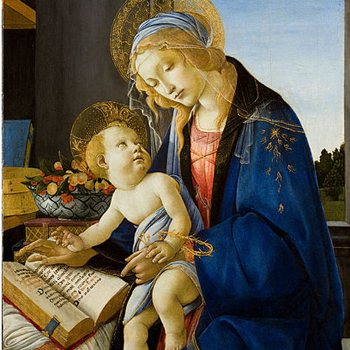 Image: The Virgin and Child (The Madonna of the Book) | Sandro Botticelli.

Mary’s divine motherhood broadens the Christmas spotlight. Mary has an important role to play in the Incarnation of the Second Person of the Blessed Trinity. She consents to God’s invitation conveyed by the angel (Luke 1:26-38). Elizabeth proclaims: “Most blessed are you among women and blessed is the fruit of your womb. And how does this happen to me, that the mother of my Lord should come to me?” (Luke 1:42-43, emphasis added). Mary’s role as mother of God places her in a unique position in God’s redemptive plan. Read more about Mary, Mother of God.

(Marks the end of the Christmas season)

Today the Church celebrates the Solemnity of the Baptism of Our Lord. This brings to an end the season of Christmas. The Church recalls Our Lord's second manifestation or epiphany which occurred on the occasion of His baptism in the Jordan. Jesus descended into the River to sanctify its waters and to give them the power to beget sons of God. The event takes on the importance of a second creation in which the entire Trinity intervenes. Read more about the Baptism of the Lord.