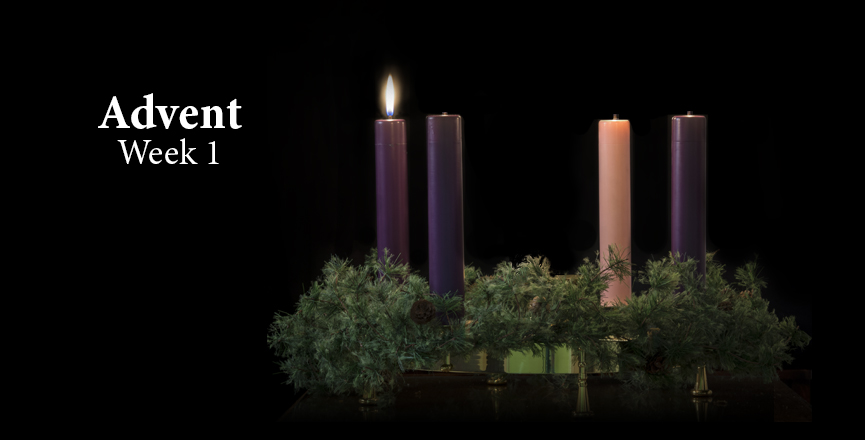 Advent in Your Home - Week One

The Domestic Church - Advent in Your Home - Week One

Blessing of the Advent Wreath and Prayer for Week One 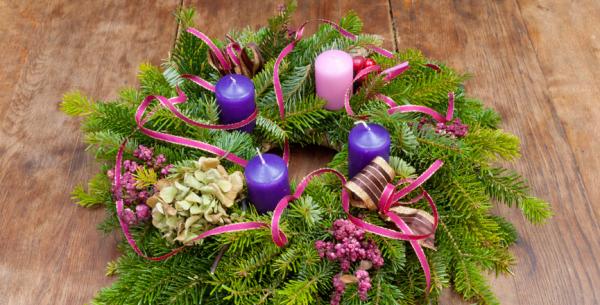 When the blessing of the Advent Wreath is celebrated in the home, it is appropriate that it be blessed by a parent or another member of the family.

USCCB - Blessing of an Advent Wreath 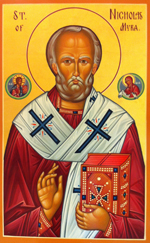 Saint Nicholas was a fourth century Bishop of Myra, a city in what is now Turkey. Nicholas is said to have suffered persecution for his faith under Emperor Diocletian. Many sources record the presence of St. Nicholas at the Council of Nicea in 325 AD, the council which created the first draft of the creed that we profess at Mass each week. Therefore, like John the Baptist, St. Nicholas helped spread the Good News of Christ to many people. However, St. Nicholas is best known for his association with charity and generosity. In one particularly famous story, St. Nicholas is said to have secretly left money to pay for the dowries of three young sisters who could not afford to marry. Over the years St. Nicholas has become increasingly associated with the charity of the Christmas season, because of the proximity of his December 6th feast day to Christmas. St. Nicholas has informed the modern portrayal of Santa Claus, the jolly elf who delivers presents to children from his magic flying sleigh. In many countries, children leave out shoes and stockings the night before St. Nicholas’ feast day, only to find candy and other small treats in them the next morning.

The stories about St. Nicholas, whether legends or completely true, are examples of living the Gospel. One aspect of “living the Gospel” is the Corporal and Spiritual Works of Mercy: "The works of mercy are charitable actions by which we come to the aid of our neighbor in his spiritual and bodily necessities" (CCC, #2447).

Learning about Saint Nicholas can be a starting point for a special giving project: perhaps making a gift for someone at home, or little gifts to exchange with one another.

If there are opportunities for giving to people in need, you could make a giant stocking into which anyone able to contribute could add their gift.

It could inspire a giving project on a grander scale by volunteering or taking a collection of money to give to an organization like CRS that works with the poor. Find resources to make advent more meaningful.

Make a card that helps children learn that justice, charity, and love of God are qualities exemplified by Saint Nicholas. This activity can encourage children to think about how they can live out these important characteristics

Download a prayer and poster of St. Nicholas for children to color

Learn more about the life of St. Nicholas along with reflection

An ancient tradition revived in the mid-20th century as an Advent practice, the Jesse Tree represents the family of Jesse, father of King David. Out of this family line, God would take flesh and live among the people of earth. The Gospel of Matthew’s genealogy of Jesus (Mt 1:1-17) names a person from each generation before Jesus’ birth. Stories about these people are in the Old Testament.

How to make a Jesse tree

This Advent activity is like a family tree, a way to remember Jesus’ ancestors. The tree is named after a man called Jesse, who lived a thousand years before Jesus. He was Jesus’ many-greats-grandfather. This is what the prophet Isaiah had to say about Jesse: ‘A shoot shall come out from the stump of Jesse, and a branch shall grow out of his roots’ [Isaiah 11:1]. Later Isaiah tells us that the Holy One will come from Jesse and his family. He will be a person of peace and justice. He will be wise and understanding and strong—strong enough to defeat all that is evil.

The Jesse Tree itself can be made from paper, cloth, branches or a tabletop Christmas tree. Make or add an ornament each day of Advent to represent the ancestors of Jesus. Here are some sites that can help with your Jesse Tree: 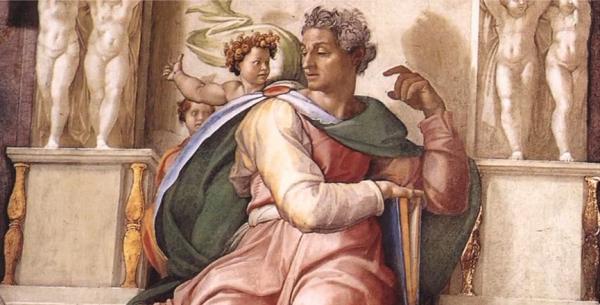 Prepare for Christmas and deepen your experience of the Advent season this year with Arts & Faith: Advent from Loyola Press. Each week we’ll provide a video commentary about a work of art inspired by the Sunday Scriptures. Use these videos to take a new look at this season of hope and preparation through the lens of sacred art.

View the video from Loyola Press