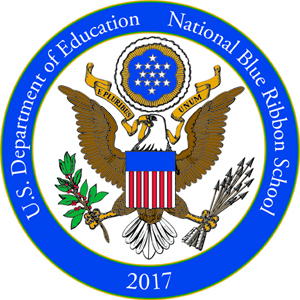 U.S. Secretary of Education Betsy DeVos recognized Nashua Catholic Regional Junior High School as one of 50 private schools, and one of only 3 non-public middle schools named National Blue Ribbon Schools for 2017. This recognition, which is the first awarded to a school within the Diocese of Manchester, is based on the school’s overall academic performance, as well as climate, culture, engagement of the community, and leadership.

“National Blue Ribbon Schools are active demonstrations of preparing every child for a bright future,” said U.S. Secretary of Education Betsy DeVos to the honorees. “You are visionaries, innovators and leaders. You have much to teach us: some of you personalize student learning, others engage parents and communities in the work and life of your local schools, and still others develop strong and forward-thinking leaders from among your teaching staff.”

On Nov. 6-7, the Secretary and the Department of Education will celebrate with these honorees at an awards ceremony in Washington, D.C. Nashua Catholic will be represented by Principal, Mrs. Glenda McFadden, and theology and history teacher, Mrs. Deborah Matson-Champagne.

Nashua Catholic Regional Junior High School is a private, Catholic school for boys and girls in grades 7 and 8 located within Nashua’s Historic District of the North End. Offering students an authentic Catholic education, while also demonstrating the importance of service, Nashua Catholic fosters a joyful environment where today’s morals and values are taught and modeled in light of the Gospel. Featuring a rigorous curriculum, which includes leveled classes, as well as numerous club and athletic offerings, Nashua Catholic is honored to be a recipient of the 2017 National Blue Ribbon Award. The school will continue to provide quality Catholic education, where students can believe in God and themselves, achieve high goals, and inspire others through acts of kindness. 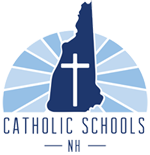