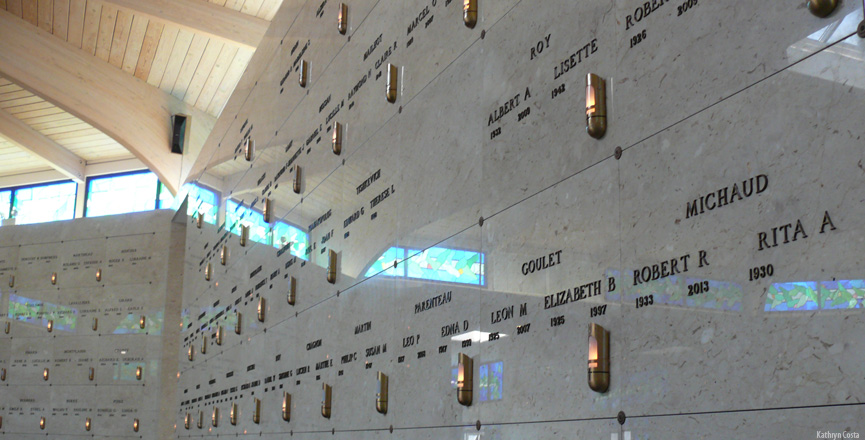 While burial or entombment of the body remains the preference and is encouraged by the Church, cremation may be chosen for sufficient reason. The Revised Code of Canon Law states: “The Church earnestly recommends the pious custom of burial be retained; but it does not forbid cremation, unless this is chosen for reasons which are contrary to Christian teaching.” (CIC, c. 1176.3)

When is Cremation Allowed?

Cremation may be requested for hygienic, economic or other reasons of a public or private nature. Some examples include: transfer of the remains to a distant place, possible avoidance of considerable expense, a severe psychological fear of burial in the ground or in a tomb.
The selection of cremation was the specific choice of the individual before death.
When requested by the family of the deceased for what also might be determined as an appropriate pastoral reason.

If a body is to be cremated, is it preferable that cremation take place after the Funeral Liturgy?

It is recommended that priority be given to the celebration of the Eucharistic Liturgy with the body of the deceased present.

Can a body be cremated prior to the Funeral Liturgy? What arrangements are different?

In the Diocese of Manchester, it is permitted to celebrate the funeral liturgy in the presence of the cremated remains.

The cremated remains are to be accorded the same respect given to the corporeal remains of a human body. This includes the manner in which they are carried, the care and attention to appropriate placement and transport, and their final disposition.

The container in which the cremated remains are placed should be dignified in nature.

What is required for the proper and reverent disposition of cremated remains?

The practice of scattering cremated remains on the sea, from the air, or on the ground is not permitted. If burial takes place at sea, according to local custom, the cremated remains are to be kept intact in a solid and durable container, and not scattered.

Keeping the cremated remains in a private home, funeral home or any other place is not considered to be the reverent disposition that the Church requires.

Whenever possible, appropriate memorialization should be utilized at the place of burial.

Consult your cemetery office for all available options for the respectful burial, disposition and memorialization of cremated remains.

Is it ok to be cremated?

Shouldn't people make their own decisions about the disposal of their bodies? Why does the Church even have rules about burial?