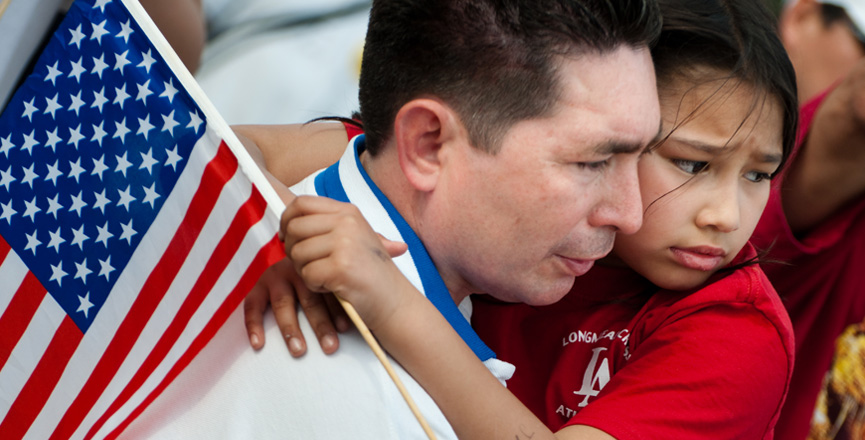 We are one human family, regardless of our national, racial, ethnic, economic, and ideological differences. This is what we describe as solidarity, and Saint John Paul II summarized that it is not a feeling of vague compassion or shallow distress at the misfortunes of so many people both near and far. On the contrary it is a firm and preserving determination to commit oneself to the common good; that is to say, to the good of all and of each individual, because we are all really responsible for all.
~ Sollicitudo rei Socialis, no. 38

As Catholics, we are called to care for all of our neighbors, but especially those who are strangers. Saint John Paul II issued a message for World Migration Day in 1996, saying “The Church acts in continuity with Christ’s mission. In particular, she asks herself how to meet the needs, while respecting the law, of those persons who are not allowed to remain in a national territory. She also asks what the right to emigrate is worth without the corresponding right to immigrate.” Thus, we must challenge our government to see the human dignity in those seeking refuge from their homelands and to protect illegal aliens.

What Catholics Should Know About Immigration

World Day of Migrants and Refugees:

Resources from the United States Conference of Catholic Bishops (USCCB) for Understanding Church Teaching on Migrants, Refugees, and Travelers

Justice for Immigrants initiative of the USCCB