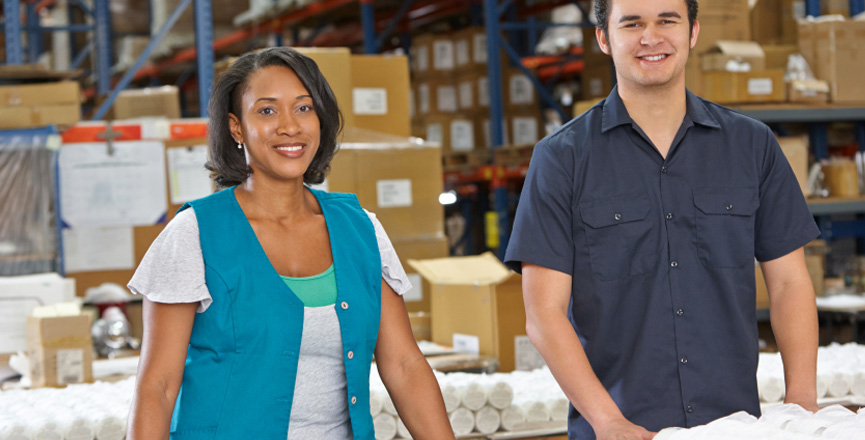 Man—as the subject of work, and independently of the work that he does—man alone is a person. This truth has important and decisive consequences.
~Saint John Paul II, Laborem exercens, Sept. 14, 1981

According to the United States Conference of Catholic Bishops (USCCB), “work is more than a way to make a living; it is a form of participations in God’s act of creation. If the dignity of work is to be protected, then the basic rights of workers, owners, and others must be respected—the right to productive work, to decent and fair wages, to organize and choose to join a union, to economic initiative, and to ownership of private property.”

In Saint John Paul II’s encyclical Laborem exercens, he accentuates the importance of work for human beings. He states, “Work is a good thing for man—a good thing for his humanity,--because through work, man not only transforms nature, adapting it to his own needs, but he also achieves fulfillment as a human being and indeed, in a sense, becomes “more a human being” (II.9). Thus, the right to work and create productive work is essential to life, as it allows us to locate some of our value as human beings.

While in our modern society almost all of the emphasis is based on the quality of the work produced and whether the work is worthy of the wage being paid, Catholic teaching wishes to place the emphasis on the worker him/herself. It is the worker who is worthy of the wage he or she is being paid, rather than the physical work which is produced by that worker. Further, a just wage is defined as “the legitimate fruit of work...Remuneration for work should guarantee man the opportunity to provide a dignified livelihood for himself and his family on the material, social, cultural, and spiritual level, taking into account the role and the productivity of each” (CCC no. 2434). Consequently, the wage cannot be based on the work itself, but its ability to allow the worker to contribute to the common good.

Saint John Paul II also spoke of the importance of freely organized labor unions in Laborem exercens, as a way for workers to become actively involved and gain the right of association. He declared them a “ mouthpiece for the struggle for social justice,” a struggle for the overall good rather than against particular individuals (IV.20). It is one’s right to question the structure of their work environment, and demonstrate “prudent concern for the common good.”