Message from Bishop Libasci: Your Action is Needed 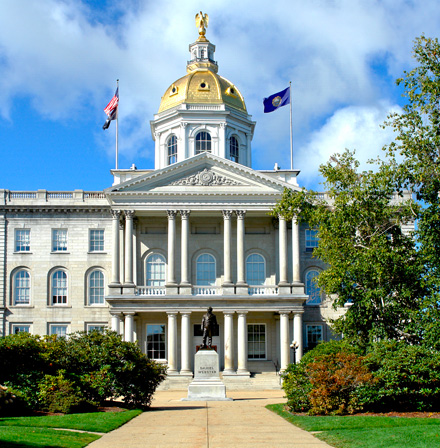 Brothers and Sisters in Christ,

The message below describes the work that we have been doing over the last several months on four bills that have been undergoing study by legislative committees during the course of the summer and fall. The bills concern Education Savings Accounts, the legalization of marijuana, the decriminalization of sex work, and State collection of statistics on abortions.

At first glance, these bills do not seem to have much in common. But if we step back and look at them in a broader context, we can see that they are actually very closely related, because they all strongly impact the most fundamental principle that underlies our work as Catholics in the public square: the inalienable dignity of every human being, from the smallest infant in the womb to the oldest person in New Hampshire. As you read this information, I ask you to think about these bills in light of the human dignity that we will be celebrating with an even greater intensity over the coming weeks of Advent, as we contemplate the wonder of the God who came to live among us in His Nativity at Christmas.

In this message, you will see links to suggestions for further action on each of the bills. I beg you to act on those suggestions and to help bring about outcomes on these bills that will best serve the interests of human dignity and the common good. Your action is needed as soon as possible as the New Hampshire House of Representatives could vote on all of these bills as soon as January 3.

May the Lord Emmanuel (God with us) continue to bless your efforts. Thankful for all of you who have so vigorously taken up the important mission of promoting the common good in the public square, I remain 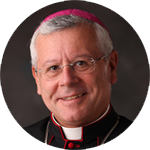 Most Reverend Peter A. Libasci, D.D.
Bishop of Manchester

The New Hampshire House is considering an exciting plan that will help parents determine the school that best meets the needs of their children. SB 193 would create Education Savings Accounts in New Hampshire with an annual amount funded by the State (currently over $3,000 per year for most students). Families would then be able to use the funds to pay for a number of eligible education costs, including tuition at a Catholic school. The House Education Committee voted 10-9 to recommend the full House pass SB 193.

If your child or grandchild would benefit from the Education Savings Account program, or would have benefited from this program if it had been in place for your loved one, contact your member of the New Hampshire House of Representatives today. The most effective way to ask for support for SB 193 is to share your own story of how the ESA program would or would have benefited your family. The House could vote on SB 193 as soon as January 3, so contact your representatives today to urge them to support the ESA program.

HB 656 proposes to legalize and regulate the recreational use of marijuana for those over 21 years old. By a 13-7 vote, the House Criminal Justice and Public Safety Committee has recommended the full House defeat this bill. When this bill comes before the House in early January, it is important for the health and well-being of New Hampshire that the House follows the recommendation of the Committee and votes down this bill.

This bill proposes to treat marijuana “in a manner similar to alcohol.” At a time when both the United States and New Hampshire are facing a grave substance misuse crisis, any hope of addressing this problem must extend beyond any single class of drugs. Although the headlines focus mainly on opioids, the legalization of marijuana would send a very dangerous and inconsistent message on this issue. To legalize recreational marijuana is to implicitly sanction its use and, therefore, directly contradicts our efforts to adequately address the broader drug crisis.

Moreover, marijuana legalization impacts the most vulnerable among us, including our youth and those in poverty. Marijuana remains an illegal drug under federal law. In states that have legalized recreational marijuana, overall marijuana use has increased and so too the use of illegal marijuana and the expansion of criminal drug markets. In these states, marijuana distributors are disproportionately located in low income neighborhoods. There is also a dangerous rise in automobile accidents and fatalities, impacting all those who travel on the road. When the bill speaks of the “regulation” of marijuana, what it means is the full scale commercialization of marijuana products aimed at all segments of the population, including children. Some edible marijuana products sold in other states bear packaging that is almost indistinguishable from popular children’s snacks.

A further compelling reason why the House should vote HB 656 as inexpedient to legislate is that the legislatively enacted Commission to Study the Legalization, Regulation, and Taxation of Marijuana only just began its investigation into this very same issue. It would be imprudent to act on legislation before the Commission is allowed to do its job and study this issue in the detail it deserves. See the additional talking points below and contact your members of the House of Representatives today to urge them to oppose HB 656.

HB 287 proposes to create a committee to study changing the prostitution laws in New Hampshire. The bill initially was introduced with the stated intent to decriminalize sex work in New Hampshire and after many work sessions, it was revised to create a study committee. Individuals in support of this bill have indicated that adult, consensual sex work should be permitted as an occupation in New Hampshire. For those of you who attended Catholics in the Public Square last year on human trafficking and the many more of you who have dedicated your efforts to education and advocacy on this issue, you are aware of sex trafficking happening right here in New Hampshire. We have been at each of these work sessions, expressing concern about the impact decriminalization of prostitution would have on victims of human trafficking. Unfortunately, the House Criminal Justice and Public Safety Committee voted 13-7 to recommend the full House pass HB 287. Contact your members of the House of Representatives today to urge them to oppose HB 287. Here are talking points to help guide your contact with your elected officials:

Currently, New Hampshire is one of only two states in the country that does not collect statistics about abortions. HB 471 was introduced to require the Department of Health and Human Services to publish an annual report based on an aggregate summary of the information obtained about abortions performed in New Hampshire. The bill specifically includes safeguards to maintain the privacy of individual information. Last session, a bipartisan group worked to agree on language that would collect this data and protect individual information, but it was defeated in the Senate. The House Health, Human Services and Elderly Affairs Committee retained the bill in committee and voted 12-8 to recommend the full House finally pass this bill and finally join the rest of the country in collecting this information. The House could vote as early as January 3, so contact your members of the House of Representatives today to urge them to support HB 471.

CLICK HERE to find the contact information for your members of the New Hampshire House of Representatives or call (603) 271-3661.